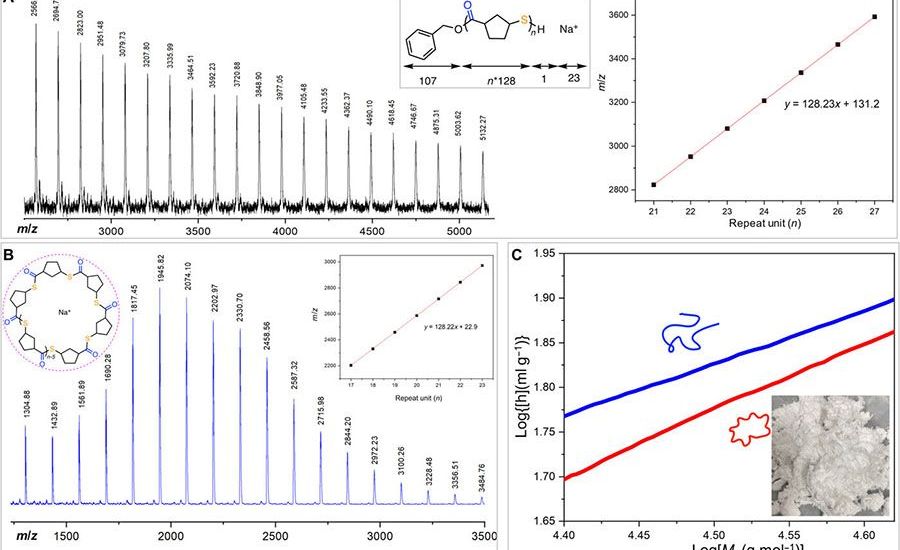 A team of researchers from the USA, China and Saudi Arabia has developed a new kind of plastic that is able to maintain its original qualities when recycled

In their paper published in the journal Science Advances, the group describes how the new plastic is made and how well it did when tested for recyclability.

For many years, plastics have been seen as a highly desirable modern advancement – they are light, strong, bendable when needed, and can be used in a very wide variety of applications. The downside to plastics, of course, is that they do not recycle very well and they take a very long time to decay. This has led to millions of tons of plastic waste winding up in landfills and in the water table. Because of that, scientists have been hard at work looking for a new kind of plastic that has all the advantages of the old plastic but also can be easily recycled. In this new effort, the researchers claim to have developed just such a material.

The researchers made the new plastic by preparing a bridged bicyclic thiolactone monomer from a bio-based olefin carboxylic acid. The result was a plastic (they called PBTL) that had all the qualities of traditional plastics. They next tested their plastic by conducting bulk depolymerization at 100°C using a catalyst. Testing of the result showed the PBTL had been broken down into its original monomer. They followed that up by breaking down samples of PBTL (using a catalyst) at room temperature. And once again, close examination showed the sample had been broken down to the original monomer.

The team then used the monomers from both processes to make new batches of PBTL, proving that the new plastic could be created, broken down and created again – over and over. The researchers suggest that the process could be repeated indefinitely. They further suggest that their new plastic could be used to make a host of products now made using conventional plastics – greatly reducing the amount of plastics that end up in the environment. The only caveat in the scenario is that such plastics would have to be separated from other materials before they could be recycled.