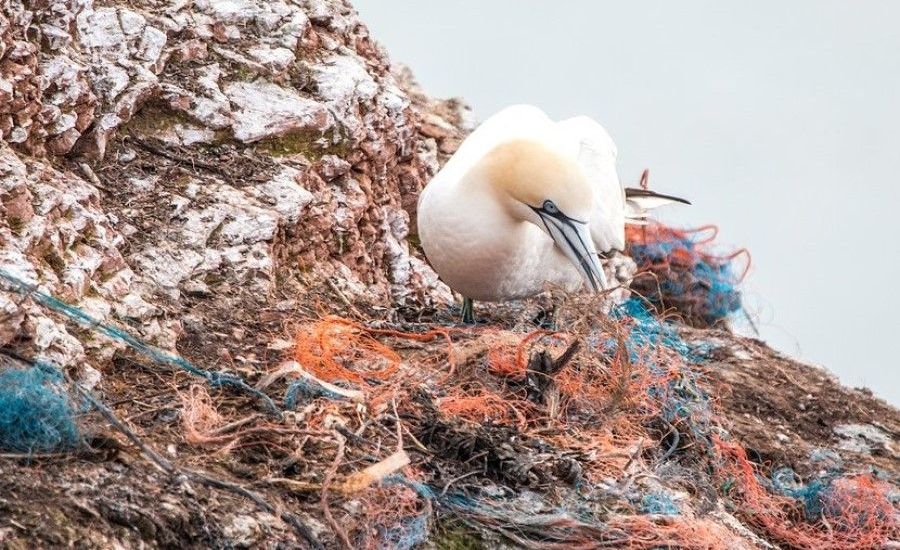 The strategy document, Radically Reducing Plastic Pollution in Indonesia: A Multi-stakeholder Action Plan, lays out an evidence-based roadmap toward reducing the amount of plastic leakage (mismanaged plastic waste) into Indonesia’s coastal waters by 70% by 2025, as well as achieving near-zero plastic pollution by 2040 through transitioning to a circular economy for plastics.

The Action Plan compares two possible outcomes for Indonesia: one is the ‘business as usual’ scenario, in which plastic pollution is projected to increase by one-third by 2025 and more than double by 2040, if no action is taken. The other is the System Change Scenario, which would enact a series of ambitious, society-wide transformations, including the following five key interventions: Reducing or substituting avoidable plastic usage to prevent the consumption of more than one million tonnes of plastics per year; Redesigning plastic products and packaging with reuse or recycling in mind; Doubling plastic waste collection to more than 80% by 2025; Doubling current recycling capacity by 2025; and Building or expanding controlled waste disposal facilities to safely manage non-recyclable plastic waste.

Indonesia is among the nations most impacted by plastic pollution and mismanaged waste. It currently generates around 6.8 million tons of plastic waste per year, a figure that is growing by 5% annually.

The delivery of the Action Plan represents a significant milestone in the work of the Indonesia National Plastic Action Partnership (NPAP), the nation’s leading multi-stakeholder platform for shaping a unified and effective approach to tackling plastic pollution and waste. It was launched a year ago by the Government of Indonesia in collaboration with the Global Plastic Action Partnership (GPAP), the flagship plastic action platform at the World Economic Forum, and is hosted at World Resources Institute (WRI) Indonesia in Jakarta.

“I am proud to share Indonesia’s Action Plan as a source of hope and inspiration in these challenging times,” said Luhut B. Pandjaitan, Indonesia’s coordinating minister for Maritime Affairs and Investment. “Plastic pollution is an issue that affects our nation deeply. It would destroy our pristine marine ecosystems, harms the livelihoods and health of our citizens and stands in the way of our path toward a resilient future, one built on the basis of harmony between people and planet. We will not allow this looming crisis to continue to grow; instead, we are taking bold, decisive action at every level and across every sector in Indonesia to undertake the transformations that are needed to achieve near-zero plastic pollution in Indonesia.”

“Indonesia has shown us a world-class example of how to take on a complex issue, namely plastic pollution, through a collaborative and efficient multistakeholder approach,” explained Kristin Hughes, director of the Global Plastic Action Partnership and member of the World Economic Forum’s executive committee. “In Indonesia and across the world, we are seeing the power of community as more crucial than ever – to come together in new and creative ways, to openly share our expertise and experience and to act in unison to solve the most pressing issues that face us.”

The Indonesia NPAP comprises more than 230 member organizations from national and local government, the business and investment community, civil society and youth advocacy groups, foreign diplomatic missions and research and academia. To translate the recommendations in the Action Plan into concrete action, its members have formed five new task forces on policy, innovation, financing, behavior change and metrics, in addition to continuing to address plastic pollution and waste through their respective institutions.

The analysis and scenario methodology for developing the Action Plan were adapted from global research conducted by The Pew Charitable Trusts and SYSTEMIQ, which will be published in full later this year under the title ‘Breaking the Plastic Wave’.

The Action Plan was shaped through close consultation and collaboration with leading plastic waste and plastic pollution experts in Indonesia, including members of the Indonesia NPAP Steering Board, NPAP Expert Panel, Government of Indonesia and other key stakeholders.