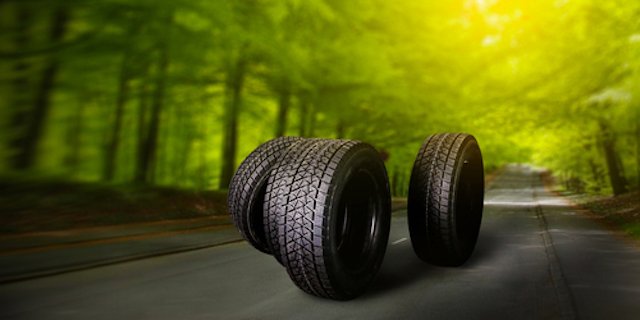 A London-based start up The Tire Collective has created a device which can intercept tire dust at source. The device does not have a name yet. Dubbed “the box” by its co-founders, it can be attached behind the wheel of a car, truck, van or bus, reported Bloomberg.

The “box” uses electrostatic plates to attract shed tire particles, which are charged from friction on the road.

The start-up aims to retrofit the devices on delivery and bus fleets, with a view for EV manufacturers to include the technology in their cars. The captured emissions can then be reused in new tires, soles of shoes and other products.

“There’s a need to create a circular loop around this waste,” said Hanson Cheng, one of the three co-founders.“Otherwise, we’re going to all this effort to capture it for it to be released back into landfills.”

What are tire microplastics?

Tires, which are comprised of a concoction of petrochemicals, shed tiny bits as a result of road friction when a vehicle is driven. These bits ultimately end up in waterways, oceans, soil and air.  The problem can be further exasperated by EVs.

Research by the International Union for the Conservation of Nature identifies tires as the second largest source of microplastics in oceans.

Containing harmful preservatives, tire emissions can be detrimental to life under water. In 2020. Washington researchers pegged tire preservatives as the cause of mass deaths of coho salmon.

In tests, The Tire Collective’s innovation drew in 60% of tire particles but tests on London delivery vans, captured around a fifth of emissions.

This new invention is making the question ‘how to avoid microplastics’ more achievable, giving hope that we can head towards a plastic free world.