Masks and gloves ‘floating’ like jellyfish: the effects of COVID-19 waste in the ocean 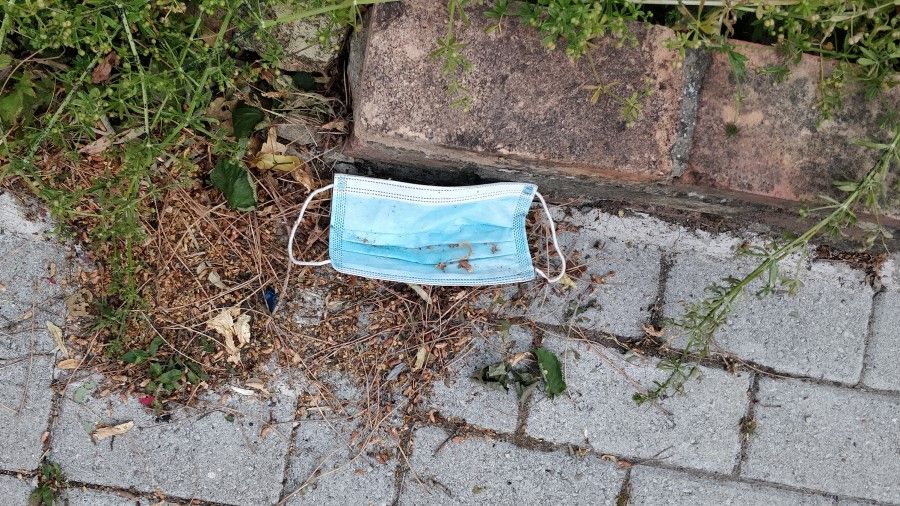 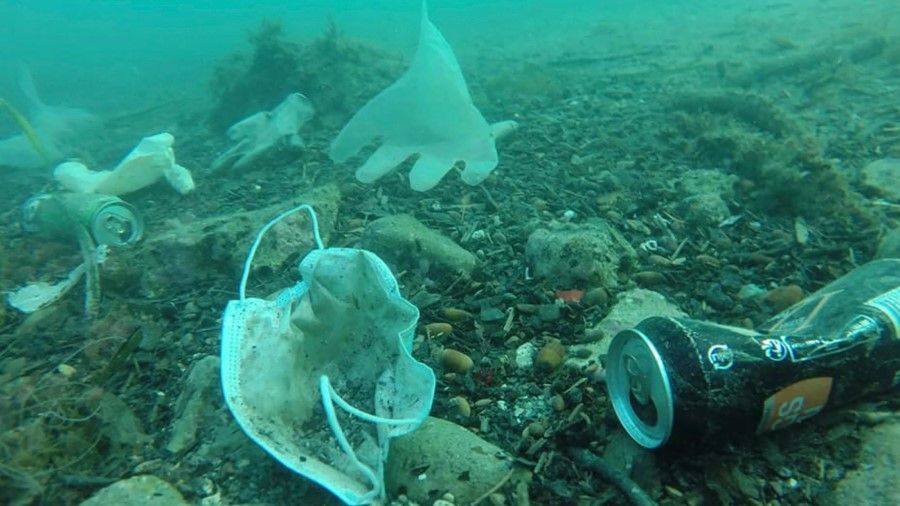 Masks and gloves ‘floating’ like jellyfish: the effects of COVID-19 waste in the ocean

For some, the coronavirus outbreak has increased their awareness and appreciation of the natural world. Lockdown measures meant fewer people were using public transport, cars and airplanes, but opting instead to cycle or walk in nature

But COVID-19 is also having an impact on the environment and the natural world, including our oceans, as environmental groups sound the alarm after finding disposable face masks and gloves scattered along the seabed.

Every year, the United Nations (UN) World Oceans Day is marked on 8 June, followed by a week of events from 8 to 12 June, to highlight the importance of preserving and restoring our oceans. This year, due to COVID-19, the events looked a little different as they took place online, with the world’s focus turned to stopping the spread of the pandemic.

“As we work to end the pandemic and build back better, we have a once-in-a-generation opportunity – and responsibility – to correct our relationship with the natural world, including the world’s seas and oceans,” UN Secretary-General António Guterres said in his opening remarks for the World Oceans Day event.

But what kind of impact is the pandemic physically having on our oceans?

Short-term effects
Although the time that millions of people across the world have spent in lockdown due to the coronavirus may seem long to us, it is relatively short in terms of the changes to the environment and the effects will be very small, according to Richard Thompson, professor of marine biology at the University of Plymouth.

“It’s important to categorize the types of disturbance that we typically see affecting the marine environment, some of them are relatively persistent and are cumulative, and if you think of contamination of the environment with chemical contaminants or with solid items such as plastic, what we see is a year-on-year accumulation,” Thompson told CGTN Europe in a recent interview.

However, with other types of disturbances that are transitory, or non-permanent, such as noise pollution affecting marine organisms and how marine mammals communicate underwater, Thompson said the positive effects are evident.

“The minute that the shipping traffic or the jet skis or the powerboats stop, of course, that noise contamination stops instantly,” he explained.

With the negative effects, especially looking at plastic contamination in the oceans, environmental experts are raising concerns that COVID-19 is resulting in an increase of plastic pollution.

“The pandemic has increased dramatically the use of single-use plastics, particularly in PPE [personal protective equipment], to protect those who are working with those with the disease and prevent its spread – and we’re seeing a lot of that end up in the ocean,” Mark Spalding, president of The Ocean Foundation, told CGTN Europe.

“It is everywhere – in our streets and rivers, and as shown by ocean divers, has already found its way to our seas, where disposable masks and gloves are found floating like jellyfish and lying scattered across seabeds,” commented Elles Tukker, from the environment organization Plastic Soup Foundation.

While we’re in the midst of a global health crisis, and PPE is providing an immense benefit to humans and saving countless lives, especially those in hospitals on the front lines of the battle against the virus, Richard Thompson said that “those lives and the role of the PPE there can be achieved without actually a need for the end-of-life PPE to be accumulating in the environment”.

Environmental groups say one of the main solutions to this problem is ensuring the public is made aware of the correct way to dispose of single-use PPE, so that instead of masks and gloves ending up on the streets and then into the ocean, they are immediately thrown in bins for residual waste, or, as happens in hospitals, incinerated.

Another important solution according to experts, starts before PPE and other plastics in general are made – at the design stage. “The challenges with PPE are actually just the same as the challenges with other items of plastic,” Thompson said, adding that the solution “is as simple as making sure that we design plastic products in the first place so that we’ve envisaged what end-of-life will look like. And, ideally, we design products to be compatible with a circular economy so that the carbon in the plastic can go round and round and be used over and over again”.

For those using PPE for precautionary personal use, such as to go shopping or outdoors, organizations such as Plastic Soup strongly encourage “using environmentally friendly, cotton, reusable masks with paper filters, replacing the filter after use and washing the masks by hand in boiling water”.

For now, PPE accounts for less than 1% of the huge three tons of trash collected underwater by Opération Mer Propre volunteers since the group started last year. But Lombard said the problem could get worse.

‘Irreversible’ damage
Years before the world was hit by the coronavirus pandemic, environmental groups had warned about skyrocketing plastic pollution and the increasing threat to our oceans and marine life. According to a 2018 report by the UN environment program, as much as 13 million metric tons of plastic leak into our oceans each year, harming biodiversity, economies and, potentially, our own health.

This, along with other challenges, including human disturbance, habitat destruction, changes in temperature, changes in pH levels, ocean acidification, chemical contaminants and over-extraction of resources “could push the oceans to a tipping point beyond which some changes might be irreversible”, said Plymouth University’s Thompson.

But experts such as Mark Spalding are also saying there is some optimism in that the ocean has been receiving an uptick in attention in the past five years, with change being discussing and implemented at high levels, such as by governments and at global bodies including the United Nations.

For scientists, education and innovation are a large part of ensuring that change is implemented. “It can seem totally overwhelming, but actually small changes by each and every one of us can have quite a big effect,” Thompson said.

He added, “It#s very clear that plastics … bring immense societal benefit, whether that’s lightweight parts in cars or airplanes, reduce carbon emissions or packaging that helps to reduce food wastage. And yet, those benefits … can pretty much be realized without the need for this accumulation of litter in the environment.”

Thompson explained: “There’s a wide range of benefits that are much wider than the biodiversity per se, of the marine environment, there are also the ecosystem services and the benefits in terms of human health and wellbeing that make it really important that we act responsibly in the way we use our oceans so that they are there for future generations to enjoy.”