The many lifetimes of plastics 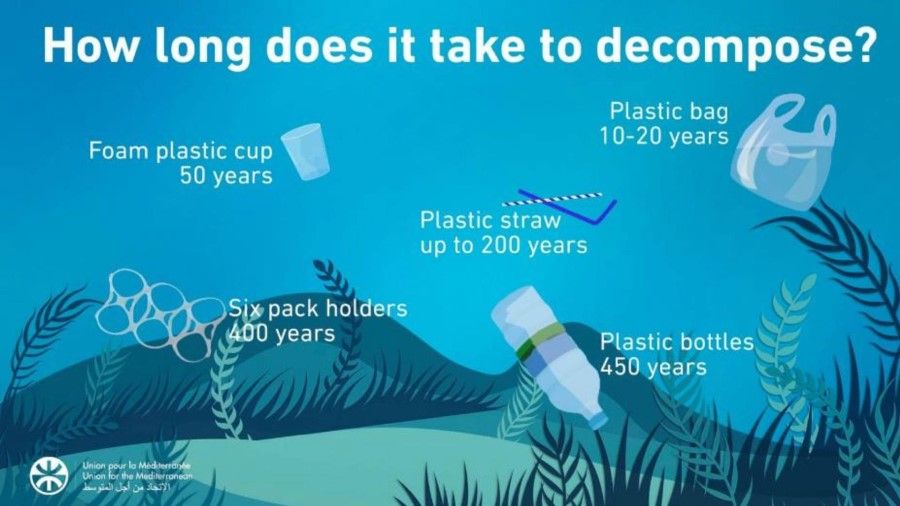 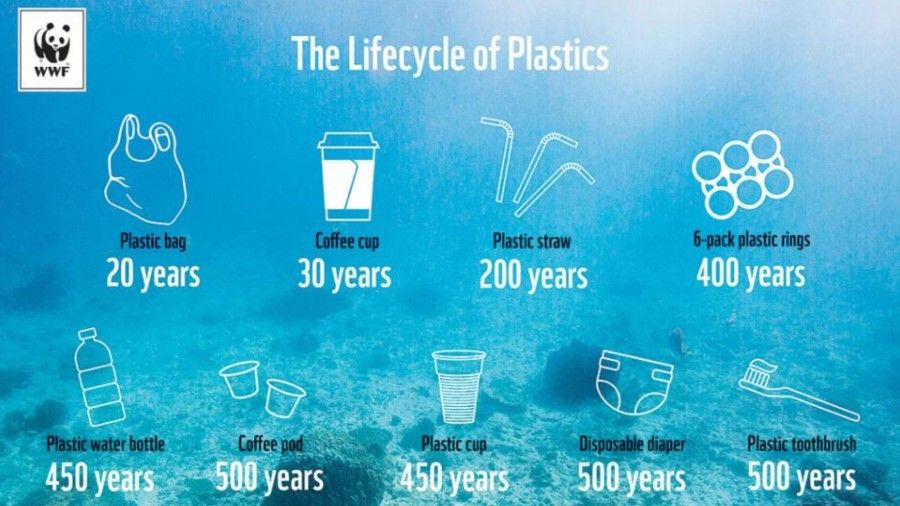 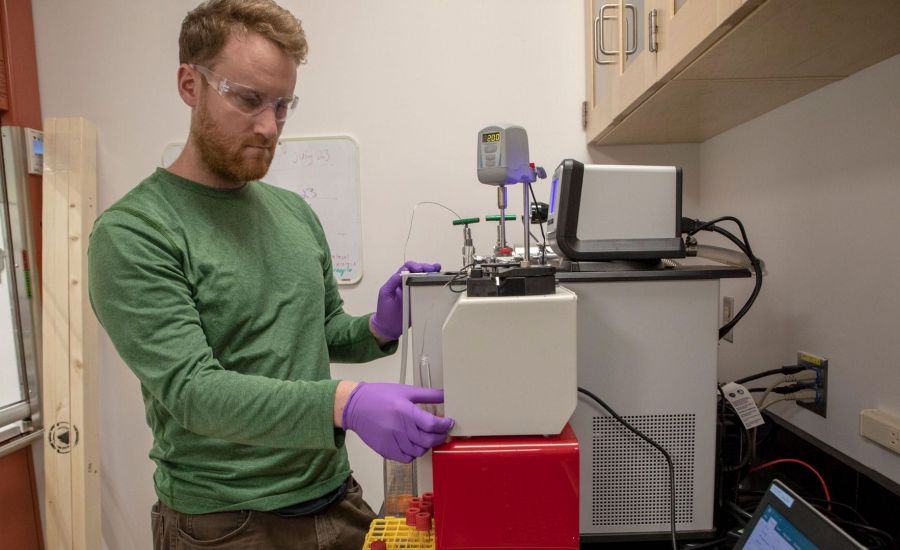 The many lifetimes of plastics

Infographics strive to give us a sense of how long plastic goods will last in the environment. But is this information reliable?

Many of us have seen informational posters at parks or aquariums specifying how long plastics bags, bottles and other products last in the environment. They’re a good reminder to not litter, but where does the information on the lifetime expectancy of plastic goods come from, and how reliable is it?

It turns out, getting a true read on how long it takes for plastic to break down in the environment is tricky business, said Collin Ward, a marine chemist at Woods Hole Oceanographic Institution and member of its Microplastics Catalyst Program (pictured above), a long-term research program on plastics in the ocean.

The long-standing mystery around the life expectancy of plastic goods has prompted a new study from Woods Hole Oceanographic Institution looking at how the lifetime estimates of straws, cups, bags and other products are being communicated to the public via infographics. Ward, the lead author of the paper, along with WHOI marine chemist Chris Reddy, analyzed nearly 60 individual infographics and documents from a variety of sources, including governmental agencies, non-profits, textbooks and social media sites. To their surprise, there was little consistency in the lifetime estimates numbers reported for many everyday products, like plastic bags, among the materials. The scientists published their findings on 10 June 10 in the journal Proceedings of the National Academy of Sciences.

“The estimates being reported to the general public and legislators vary widely,” Ward commented. “In some cases, they vary from one year to hundreds of years to forever.”

On the other end of the spectrum, certain lifetime estimates seemed far too similar among the infographics. Of particular interest, Ward noted, were the estimates for how long fishing line lasts in the ocean. He says that all 37 infographics that included a lifetime for fishing line reported 600 years.

“Every single one said 600 years, it was incredible” he says. “I’m being a little tongue-in-cheek here, but we’re all more likely to win the lottery than 37 independent science studies arriving at the same answer of 600 years for fishing line to degrade in the environment.”

In reality, these estimates didn’t stem from actual scientific studies. Ward said he did a lot of digging to find peer-reviewed literature that was either funded, or conducted, by the agencies putting the information out there and couldn’t find a single instance where the estimates originated from a scientific study. He and Reddy believe that while the information was likely well intentioned, the lack of traceable and documented science behind it was a red flag.

“The reality is that what the public and legislators know about the environmental persistence of plastic goods is often not based on solid science, despite the need for reliable information to form the foundation for a great many decisions, large and small,” the scientists state in the paper.

In one of their own peer-reviewed studies on the life expectancy of plastics published last year, Ward and his team found that polystyrene, one of the world’s most ubiquitous plastics, may degrade in decades when exposed to sunlight, rather than thousands of years as previously thought. The discovery was made, in part, by working with researchers at WHOI’s National Ocean Sciences Accelerator Mass Spectrometry (NOSAMS) facility to track the degradation of the plastic into gas and water phases, and with the aid of a specialized weathering chamber in Ward’s lab. The chamber tested how environmental factors such as sunlight and temperature influenced the chemical breakdown of the polystyrene, the first type of plastic found in the coastal ocean by WHOI scientists nearly 50 years ago.

Reddy feels that one of the biggest misconceptions surrounding the fate of plastics in the environment is that they simply break down into smaller bits that hang around forever. “This is the narrative we see all the time in the press and social media, and it’s not a complete picture,” Reddy remarked. “But through our own research and collaborating with others, we’ve determined that in addition to plastics breaking down into smaller fragments, they also degrade partially into different chemicals, and they break down completely into CO2.” These newly identified breakdown products no longer resemble plastic and would be otherwise missed when scientists survey the oceans for missing plastics.

Chelsea Rochman, a biologist at the University of Toronto who wasn’t involved in the study, said that understanding the various forms of plastic degradation will be key to solving one of the enduring mysteries of plastic pollution: more than 99% of the plastic that should be detected in the ocean is missing.

“Researchers are beginning to talk about the global plastic cycle,” said Rochman. “A key part of this will be understanding the persistence of plastics in nature. We know they break down into smaller and smaller pieces, but truly understanding mechanisms and transformation products are key parts of the puzzle.”

Overall, analyzing the infographics turned out to be an eye-opening exercise for the scientists, and underscored the importance of backing public information with sound science. “The question of environmental persistence of plastics is not going to be easy to answer,” Ward suggested. “But by bringing transparency to this environmental issue, we will help improve the quality of information available to all stakeholders – consumers, scientists and legislators – to make informed, sustainable decisions.”

This research was funded by The Seaver Institute and internal funding from the WHOI Microplastics Catalyst Program.