Upcycling of post-consumer PLA waste: a gateway to ‘circular bio-economy’ 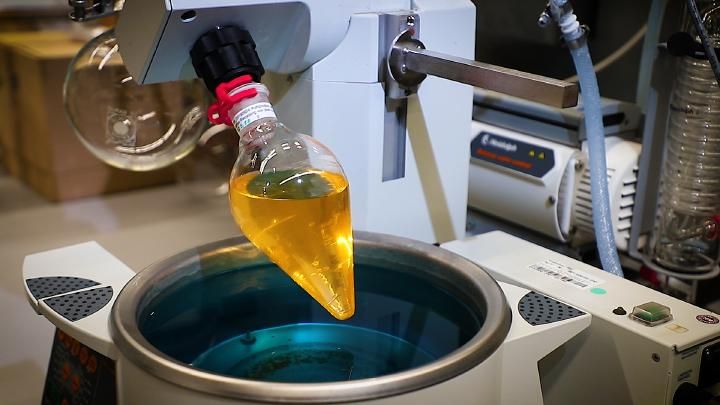 Upcycling of post-consumer PLA waste: a gateway to ‘circular bio-economy’

Designed for performance and durability, synthetic plastics have become indispensable as materials of every-day use. However, their indiscriminate disposal has led to an acute problem of plastic pollution

In order to solve this issue, the European Union not only tries to implement a circular system to reuse, repair and recycle plastics (circular economy) but it also aims to produce plastics of renewable resources (bio-based plastics). Poly-lactic acid (PLA) is one of the most promising and frequently used polyesters from this category. Due to its flexible and versatile applications ranging from disposable cutlery and degradable sutures to rigid packaging and extrusion coatings, the global production capacity of PLA is expected to grow to 826,000 tons by 2023. However, the dominant market for PLA is food packaging.

PLA is a bio-based alternative to fossil-based plastic but its production is very raw material- and energy-intensive (2.39kg corn cobs, 50kg water and 54MJ of fossil energy are required to produce 1kg of PLA). With rising population, cropland for these renewable raw materials as feedstock for PLA production can compete with that used for food production. Though PLA is a potential high-volume raw material, there is no infrastructure for separately collecting and recycling PLA. Therefore, it often ends up in other conventional waste streams, thereby contaminating them and disturbing the state-of-the-art municipal recycling strategies.

Researchers at Fraunhofer ICT along with Fraunhofer LBF have developed a strategy to chemically recycle post-consumer PLA waste into a lactate ester (ethyl lactate) which finds its commercial applications in chemical synthesis, magnetic tape coatings, plastic, metal, wood and food industry. The process represents an economically and environmentally sustainable recycling strategy, capable of nearly completely depolymerizing the PLA substrate along with a high yield of ethyl lactate (80%) in a relatively short period of time (< 20 min) and under mild reaction conditions (< 70°C, ambient pressure). An outstanding feature of this system is the use of a conventional and commercialized eco-friendly, organic catalyst. Another special feature of this process is the use of an eco-friendly, low-boiling solvent, capable of selectively dissolving the PLA fraction from a mixed plastic waste stream, consisting mainly of PET and PP. This flexible process scheme is capable of handling virgin PLA of different grades (Total Corbion LX175 and NatureWorks PLA 6032 D) as well as post-consumer PLA cups. The process has been scaled up in 2019 from a laboratory scale to a technical scale (15 L) and its robustness was demonstrated by recycling post-consumer waste PLA cups, without any effect on the yield of the lactate ester.

The production of both PET and PLA is expected to increase by 2021, with the percentage increase of PLA being higher than that of PET. Due to its application, the estimated maximum contamination of PLA in waste PET streams could vary between 0.8% to 8% by 2021. In such a scenario, innovative methods for removal of PLA would be required in order to assure high-quality recycled PET. In addition, the huge demand for PLA on the consumer market, coupled with high feedstock and energy demands for its production, is a major concern for the manufacturers of PLA. In this situation, implementing the aforementioned strategy will not only completely utilize the valuable poly-hydroxy acid even after the end of its conventional life cycle but will also add value to the supply chain.

With this strategy, adaptation of a circular economy approach for the synthesis of virgin-PLA would lead to approximately 50% energy savings as compared to the conventional PLA production processes, starting from corn-cobs as feedstock. Thus, further farmland (5.7m2/kg PLA) will be available to produce plants for human consumption or for livestock thereby contributing to the UN’s Sustainable Development Goals. However, this is still under investigation at Fraunhofer UMSICHT.

Thus, in a nutshell, the developed concept envisages to solve the problems at the confluence of chemical recycling of PLA and sustainable production of lactate esters (potential alternative to conventional petrochemical solvents) by strictly abiding to the fundamentals of green chemistry. Thereby it sets up the foundation for a ‘circular bio-economy’ and benefits both ‘circular economy’ of conventional plastics and different elements across the entire societal value chain.